Van Steensel strands the bases loaded in the ninth

Maestri on the mound as a starter. 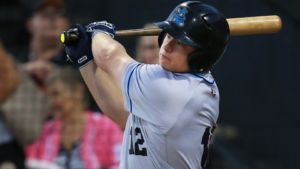 Sydney ended a nine-game losing streak against Brisbane on Friday night, riding late runs to a 5-4 win at OneHub Stadium powered by Optus to prove they are true contenders for the championship this season.

A two-run homer from Donald Lutz gave Brisbane the lead in the first inning and they went 4-1 up but could not shrug the visitors.

The Sox fought back in the second inning, scoring their first run through Zac Shepherd to cut the margin in half.

A Bandits’ pitching change at the top of the fifth inning saw Ryan Searle replace Sam Holland, who struck out Sydney’s Jack Murphy and Zac Shepherd.

After both teams failed to score a run during the sixth and seventh innings, Hao Wei Shen scored for Sydney at the top of the eighth inning, closing the gap on the scoreboard.

A double from Jacob Younis allowed Alex Howe to score, putting the Sox out in front.

Todd Van Steensel left the bases loaded in a drama-filled bottom of the ninth as Sydney avoided a 10th-straight loss to the three-time defending champions.

The series continues tomorrow afternoon, with a doubleheader scheduled to start at 2:30pm in Brisbane.